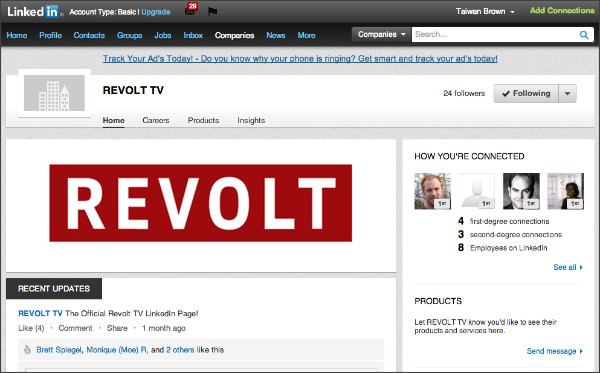 So the Revolt TV leaks have all dried up... A few weeks I got corrected on some stuff I posted and I guess an alert went out to stop posting...

I went back to the "The Official Revolt TV LinkedIn Page!" and seen a NEW REVOLT TV LOGO! Maybe this is apart of the brand launch we will see next month?!!?! I have also seen this photo on the Revolt TV holiday / year end group staff photo floating around instagram. I did like the 80's MTV-like edginess of the old logo: 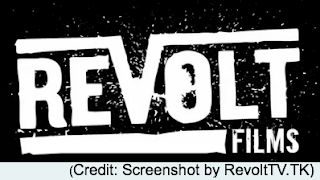 The new logo... white letters on red does stand out:

I also wake up to it on infomercials when I fall asleep: 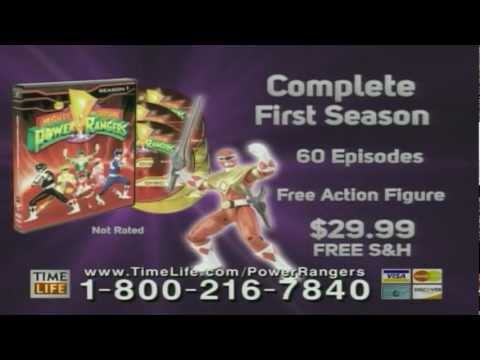 Does the logo matter? Not really... The content does...

I do like how fuse tv, my old job, has moved the logo to the center of the screen... it was on the left of the screen next to someones name the logo is missing but my name is here: 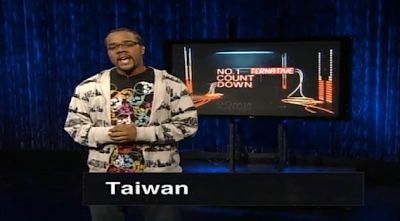 Then it was back on the right... like most TV Networks:

And now its dead center.... so original:

Here is a picture of Trey Songz eating the fuse tv logo: 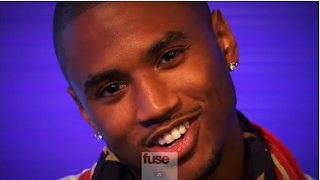 Sidebar... I also notice that Andy Schuon has joined the new network... maybe he had the old logo taken off as well?

Word is that Revolt TV's social media sites will be popping up next month... I hope to get an account on all of them. Join me.

A few days ago I seen on Diddy's Instagram this quote: At the LA premiere of #Lawless -the first venture of Revolt Films!  I payed it no mind... but then I noticed he said " Revolt " ... about time! Some news from the source! Seems Lawless has the Revolt Flims logo from the Ibiza trailer  I posted in the last update : Here is the RED BAND trailer... it is Rated R! LAWLESS is the true story of the infamous Bondurant Brothers: bootlegging siblings who made a run for the American Dream in Prohibition-era Virginia. In this epic outlaw tale, inspired by true-life tales of author Matt Bondurant's family in his novel "The Wettest County In The World", the loyalty of three brothers is put to the test against the backdrop of the nation's most notorious crime wave.  Check out more exclusive content here: http://VICE.com/lawless Lawless official website: http://lawless-film.com  Lawless on Facebook: http://www.facebook.com/lawlessmovie   Cast

So Diddy isn't looking for me.

Just tuned into the new Revolt TV promo video at Revolt.TV... I'm not looking for VJs Ouch... Here is the full video: TO GET A JOB CHECK OUT REVOLT.TV Make sure you check out RevoltVJ.com to see how you can help me get a job at Revolt.